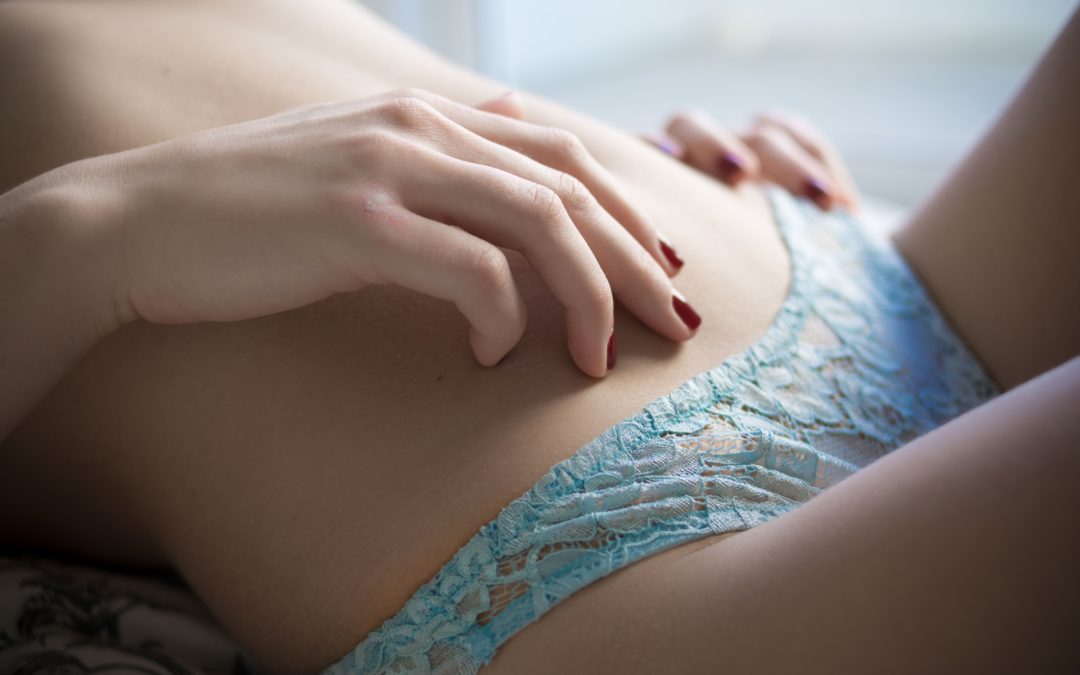 Fluctuations in hormone levels during the menstrual cycle are linked to our mood. We are more likely to feel sexy, lustful, passionate, or affectionate at certain times of our cycle, and these feelings can be considered to represent sexual arousal. Progestogen hormones in particular, which peak during the luteal phase (mid-cycle) of a normal menstrual cycle, are known to decrease sexual arousal.

Prior to 1980, a link between sexual arousal and the menstrual cycle was considered controversial. Some studies had found highs and lows in arousal at different points in the cycle, and others suggested that such fluctuations were due to cultural expectations rather than hormone levels.

For women not taking oral contraceptives, who were unaware of the nature of the study, sexual arousal peaked just before ovulation, just before menstruation, and on day 4 of menstruation. This is congruent with previous reports that both pre-ovulation and pre-menstrual periods are linked to increases in orgasm. These women were much less sexually aroused during the luteal phase (mid-cycle), as predicted by high levels of progestogens during this time. They were also less aroused during the first three days of menstruation, perhaps due to physical discomfort. Unexpectedly, women taking oral contraceptives experienced a drop in sexual arousal at mid-to-late cycle (days 5 and 6 prior to menstruation), suggesting that contraceptives do not fully remove cyclical variations in arousal.

Whether or not they were taking oral contraceptives, women who were aware of the nature of the study indicated that they were most sexually aroused during the luteal phase of their menstrual cycle (mid-cycle). This is a complete reversal of the reported association when women were unaware of the nature of the study. It is likely that cultural expectations in this group of US students led them to remember sexual arousal in the premenstrual/menstrual phases more negatively, and arousal in the luteal phase more positively. However, the “aware” questionnaires were retrospective, whereas the “unaware” questionnaires were completed daily, and this may have had an impact on these findings.

This pivotal study challenged the assumptions that any reported cyclical variability in female sexual arousal was simply due to cultural expectations and illuminated the hormonal impact of the menstrual cycle on sexual feelings. In short, though women may recall feeling more sexually aroused mid-cycle, this phase is actually associated with the lowest levels of arousal, and this is likely due to the high levels of progestogen hormones at this time.